It’s not just the most important meal of the day, it’s probably the most special as well. Anyone can cook dinner or lunch, you’re already awake and hungry. But getting up early in the morning and making sure everyone has something to eat, that’s a bit of extra dedication. A lot of people put less and less importance on breakfast as they grow older, but for me there’s no better meal to have when I’m dining out than a nice, full breakfast platter, even if it’s served when I finally wake up in the afternoon!

Many of my breakfast options are international in nature with flavors from Italy, Britain and Mexico predominating. I think even for such a traditional and comforting meal, there’s still some room for experimentation. Ease of preparation is important for this, as it allows one to sleep in a bit later and avoid too much bother in the morning. Ingredients can be pre-chopped the day before during dinner preparation. This one though doesn’t require any preparation, its just a quick fun dish I wanted to share from my childhood

This is a dish that got me started on cooking as a kid with my mom. I remember being amazed at the seeming magic of an egg ending up inside of bread. I was five or six at the time, and discovering that food could be put into other food was a sort of magical revelation. It’s still tasty today despite being so simple. To start out, lay the bread on a cutting board and cut out a hole from the center using a cookie cutter. I find that something between 2 and 3 inches works best, such as the top of a jar of grated Parmesan cheese. Using the melted butter or margarine, brush over both sides of the bread to coat, including the hole you cut out.

Heat a non-stick pan over medium low heat and lightly crack each of your eggs so they can be split open quickly. Now lay the bread down in the pan, 2 slices at a time if it’s a good sized pan. Break the eggs open and let them drop into the hole cut in the bread. Take the hole you cut out and dredge it lightly in the egg on both sides before laying it down in the pan as well. Season them lightly with salt and pepper and after a few minutes, flip the holes over to check them. When the holes are done on one side, so are the egg in a baskets. Carefully flip them over to the other side and finish cooking. Serve hot.

Serving suggestions: Try it with some sliced fruit to make a quick breakfast. 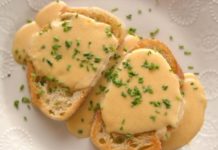 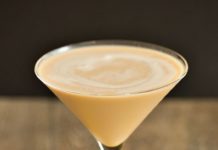 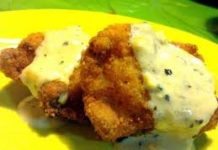 Recipe of the day

Can You Freeze Orange Juice And How To Do It?

Can You Freeze (Homemade) Fudge?