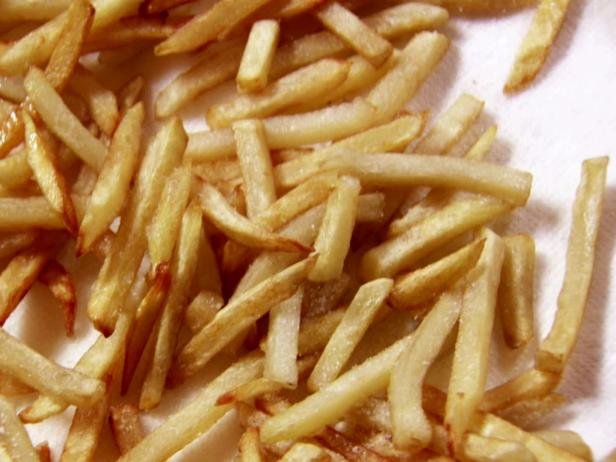 What if I told you you could make the same style of fries you get eating out, at home, with just a few simple ingredients? It’s easy! The secret to crispy, golden restaurant style french fries is in cooking the fries twice. Get them cooked through the first time, and get them crispy the second. But rather than use a lot of expensive oil, this method puts them in the oven for the first part of the cooking process.