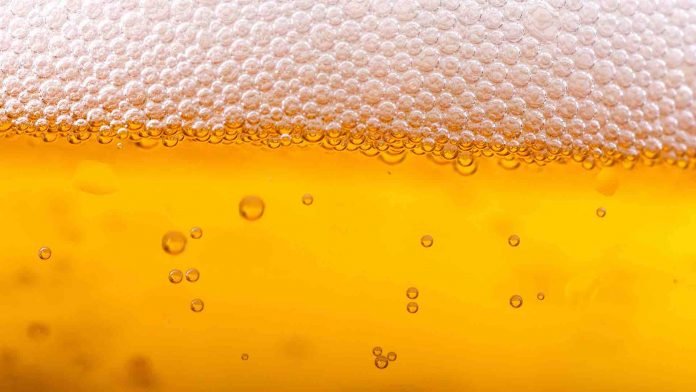 “Beer, it’s the best damn drink in the world.”

Mr. Nicholson is not alone in that thought because beer is loved and consumed around the globe in at least 100 countries. From Argentina to Kazakhstan, folks love crackin’ open a cold one any time of the year.

Believe it or not, there are health benefits in a bottle of beer. You don’t want to over-indulge and develop a so-called beer belly, but when enjoyed moderately, beer is fat-free, cholesterol-free and low in carbohydrates. In addition, the famous brew is decent in potassium, calcium and phosphorous. Beer also contains these nutrients in niacin, riboflavin, B vitamins and zinc.

Scientists are also claiming that beer is healthier than wine or liquor in the vitamins and nutrients department.

When it comes to buying beer, some people purchase it in large quantities. Questions often arise about the shelf-life of beer and how to maintain its freshness.

We have all those answers here. So cheers, and keep reading along.

How Long Does Beer Last?

Beer lasts for up to six months past date in its unopened state when stored in the pantry and up to two years in the refrigerator. What is even more interesting is that bottled, canned, regular or lite beers all bear that same shelf-life no matter what kind of container they were purchased in.

It might seem that bottled beer would outlast a canned beer, but the bar and restaurant experts say that is not the case.

Also keep this in mind when buying unopened craft beers from micro-breweries. Those beverages may not retain their highest quality as long as unopened beer from big breweries.

Yes, beer can go bad, but it rarely does, even when out of date. The best way to determine this is by opening the suspect bottle or can. If you open the beer, and it fails to make that nice “psssst” sound of freshness, or the beverage lacks a nice foamy head, then it’s probably not going to have that wonderful flavor and zing. So it’s best to toss it out. It’s gone flat.

Can An Unopened Bottle Of Beer Go Bad?

An unopened bottle of beer rarely goes bad, but as we described above, if it doesn’t resemble your regular sudsy brew, then it’s possible it is not good for consumption.

Most people are unaware of the position to store their unopened bottles of beer. Savvy beer drinkers say that beer should always be stored upright to reduce the oxidation process and avoid contamination from the cap. This little tip will help avoid the beer gone bad issue from ever happening.

Can Beer Expire In A Bottle?

Yes, beer can expire in a bottle, eventually, but its production does not involve the word “expiration.” Instead, beer that is bottled or canned is usually stamped with a “best before date” and not an expiration date. That signifies that the brew can be consumed after the printed date.

Can I Drink Lager That Is Out of Date?

Yes, you can drink lager that is out of date, and if it tastes fine, then continue to enjoy it. An out of date beer might go flat and look different in color, smell oddly and not taste as fresh as beer you are used to.

Some folks don’t mind an out of date lager, as long as they are enjoying an alcoholic brew.

Your taste buds will advise you, so if its horrible or smells lousy, then you will discard it.

Can Drinking An Old Beer Make You Sick?

No, an old beer cannot make you sick in a serious way. The only bad thing is the staleness or flatness that can develop with old beer.

It will still be safe to consume an old beer if it has been stored properly. It all comes down to individual palates and what you like to drink.

Does Beer Go Bad If It Gets Warm?

No, beer will not go bad if it gets warm. As one avid beer drinker once explained, “Beer isn’t a souffle; it’s not just going to fall apart at the slightest provocation.”

This is so true. For instance, if you take the beer out of the fridge and let it warm to room temperature for hours, you are not harming the beer. Most beer lovers prefer the beverage at its best cold, but some don’t mind how they consume it.

How Long Does Coffee Last?

How Long Does Garlic Last Before It Goes Bad?