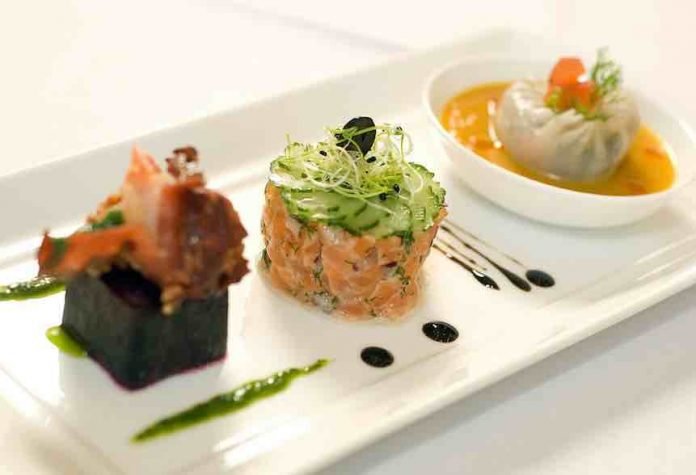 Fusion Cuisine is often misunderstood, and when done just right it can really be a lot of fun and a refreshing surprise to freshen up old recipes and flavors. When done wrong, it can be disastrous. But what IS fusion cuisine and what does it take to master this art?

On the most basic of levels, fusion food is bringing together styles, recipes, and ingredients from two disparate schools of cooking. While it might seem like an arcane and strange concept, fusion cuisine happens all the time, and it’s had some remarkably great successes. You can look to many historical examples. American cuisine, for instance, is a mixture of English, German and other traditions as well as ingredients from the New World. This method of cooking would later influence Cajun-Creole cuisine, a blend of American, English, Italian, French and Spanish flavors as well as African input from enslaved persons pre-civil war. You can also looked to the food of California, where you’ll find influences from areas as disparate as Japan and Italy mixed with Mexican and American.

Understanding what fusion cuisine is is merely part of it though – understanding it on a personal level is important too, because it isnt only restaurants that this happens. Fusion cuisine happens in family kitchens all over the world every day!Its as simple as substituting readily available local ingredients for ingredients that might be more accurate for the recipe, but more rare in a new area, such as when a spouse travels a great distance to be with their husband or wife, or adapts a recipe to suit their sensibilities. Restaurant fusion is the same way, with chefs finding ways to make different cuisines accessible to customers and affordable to produce. You can look at the sushi craze in the US (and now in the whole world) as a prime example, you can see so many regional variations, the California Roll being a major one.

Want to try your hand at fusion cuisine? The best thing to do in order to get started is to know and understand one style of cooking, so that you understand its rules, preparations, techniques and flavors very well. Those who try to mix styles without understanding them or having affection for them are doomed to failure, and its from these callous and disinterested experimentations that fusion cuisine gets such a bad name.

A great way to get a feel for it and stretch your legs is with sandwiches, which are always changing and always open to new ingredients. One of my favorite examples of a fusion sandwich is the New Orleans Muffuletta, (pronounced muffuh-lutta). Next time I’ll be offering a recipe for one of these so you can see the fusion of classic Italian flavors mixed with some New Orleans flare! But if you’re not interested in a Cajun-Italian fusion, you could try the Vietnamese Banh-Mi sandwich, or if youre not feeling adventurous at all, you can try different toppings on a burger to get the hang of it. A standard cheeseburger with pepper jack, jalapenos, and some Southwest spices can be a great example of fusion cuisine if you think about the origins of those ingredients.

5 Irresistible And Unexpected Flavor Combinations For Desserts, Dinner And Cakes

Take These 5 Common Herbs For Cooking To The Next Level

How To Make Vegetable Pasta? A Pasta Replacement