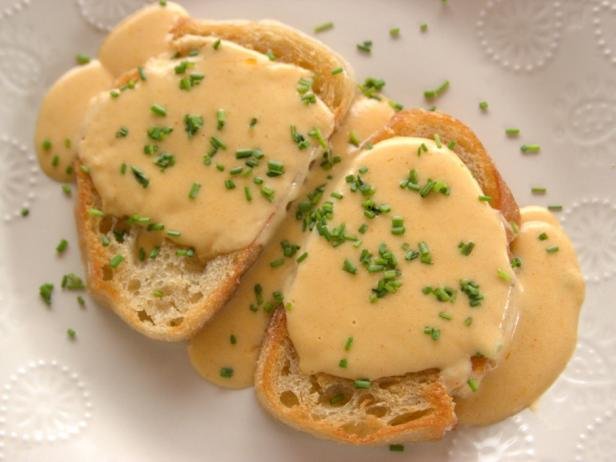 This is an old recipe with various origin stories, even the name has differing etymologies. It’s most likely a quick breakfast or lunch eaten by Welsh miners in the days of yore. One explanation for the name is that Welshmen, disenfranchised under English rule, were too poor to afford meat, and thus the toast and cheese mixture was called “Welsh Rabbit” as the closest to it they could afford. The first recorded use of the term comes from a 1725 cookbook, where it was called Welsh Rabbit. The term “rarebit” seems to be a corruption of the original name, perhaps meant to remove any sense of mockery, or, more likely, simply as a phonetic spelling, spelling it as it was pronounced in the 18th century vernacular.

Whatever the origins of the dish, Welsh rarebit is a quintessential pub food – inexpensive, filling, flavorful, and immensely warming on the cold and rainy days that predominate in the Welsh hill country. The addition of ale is important here, and it’s well worth it to use a good craft ale. A good balance of hops and malt is preferable so as to limit the ale’s bite or malty sweetness from tilting the balance of the dish to one side. An American Pale Ale would, ironically, work just great for the dish. Sierra Nevada would work well, but if you want to get extremely authentic you could search out an English or Welsh ale such as Cwtch (not a typo, it’s Welsh!) red ale!