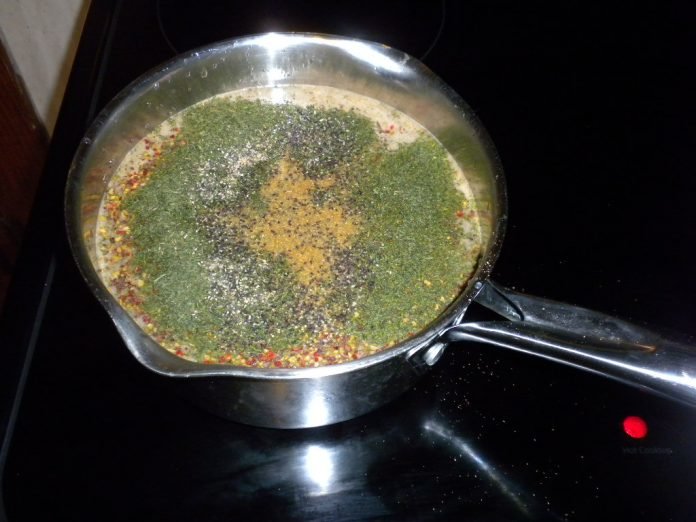 Weird name, I know, but this is a great winter soup from the British Isles variously ascribed to Wales or Scotland, so just don’t call it English! It’s been adopted by English people though and features in the country’s literature, particularly around Christmas time. This is a hearty, flavorful soup similar to American chicken-noodle, but made with traditional local ingredients such as leeks, the leekie in cock-a-leekie. The other half of the name of course refers to chicken. The real interesting touch here is the prunes, which add a really interesting contrast of flavor, but you can skip them if you like, they’re not really for everyone.

This is a traditional soup popular all over the United Kingdom, though it is claimed by both the Welsh, Scottish and English peoples. It’s especially popular during the Christmas holidays and the cold winter months.

1In a large soup pot, heat the butter over medium high heat. Add the chicken and season with salt and pepper. Saute until the chicken colors and then add the leeks. When the leeks begin to soften deglaze the pan with the sherry. Stir well and then add the potatoes, bay leaves, chicken stock and carrots. Simmer for 45 minutes to an hour stirring occasionally.

2A few minutes before the soup is done, heat a skillet and fry the bacon. Add the chopped prunes, the sage, and the remaining greens from the leeks and fry until the leeks wilt. Remove from heat and set aside.

3Ladle the soup into bowls and mound the leek-prune-bacon mixture in the middle. Set a toasted piece of bread on the side and serve piping hot.